St. Anthony of Padua Church is the religious and cultural centre of Ottawa's Italian community and namesake for numerous  sports teams that have flourished in the nation's capital for three-quarters of a century. In the 1950s Fathers Jerome Ferraro and Domenico Fiore formed the St. Anthony Senior Men soccer team which participated in the local league. For decades thereafter, St. Anthony maintained a vibrant youth program under the leadership of Steno Rossanese. 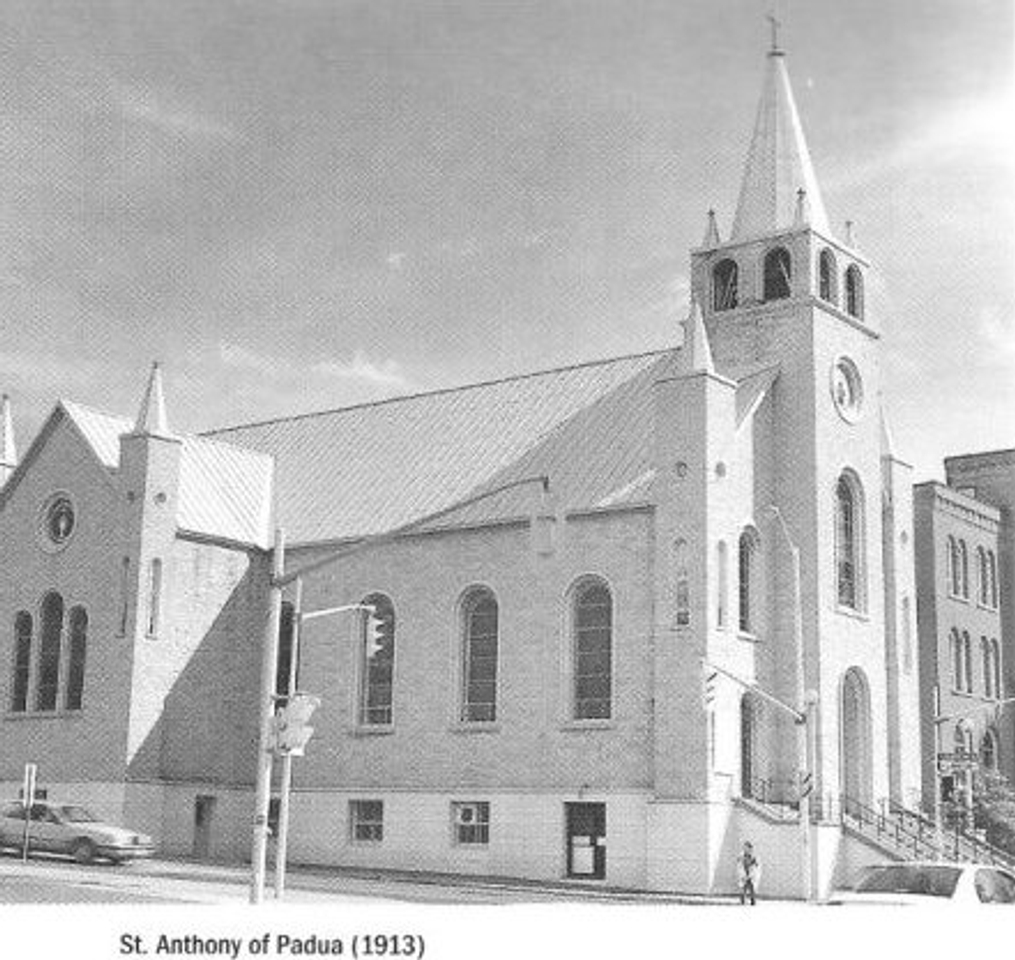 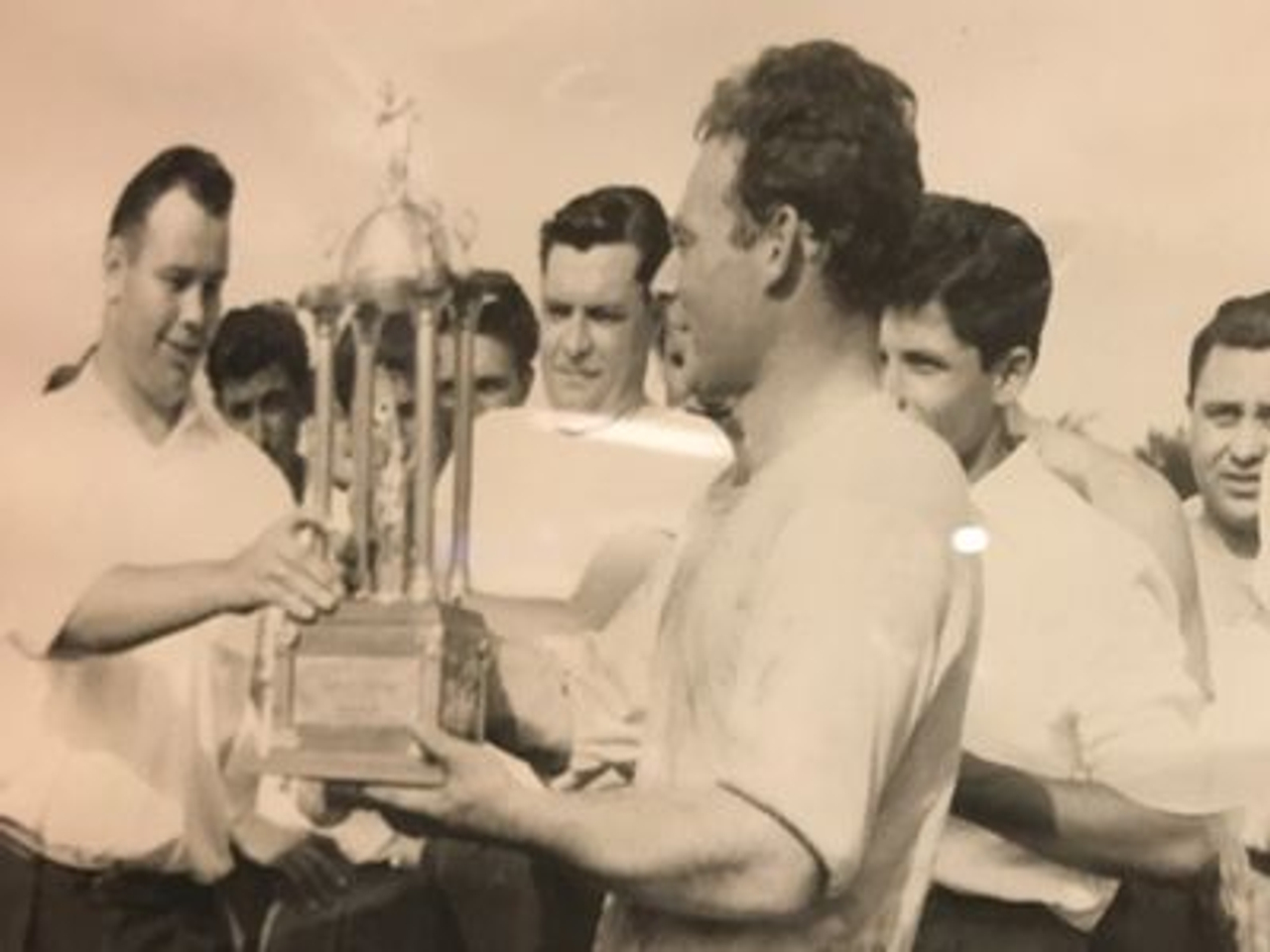 It should come as no surprise, therefore, that St Anthony baseball also has a long history in the nation's capital.  In 1950, the St. Anthony baseball team won the City and District Juvenile Baseball Championship.  A year later,  they were Senior City Baseball League champions. There are many familiar faces in the (digitally enhanced) photos below including Gerry Menchini, better known as Red Menchini, the grandfather of Joe Shadoue, the manager of our 10U team.  St. Anthony has also fielded softball and, of course, soccer teams. 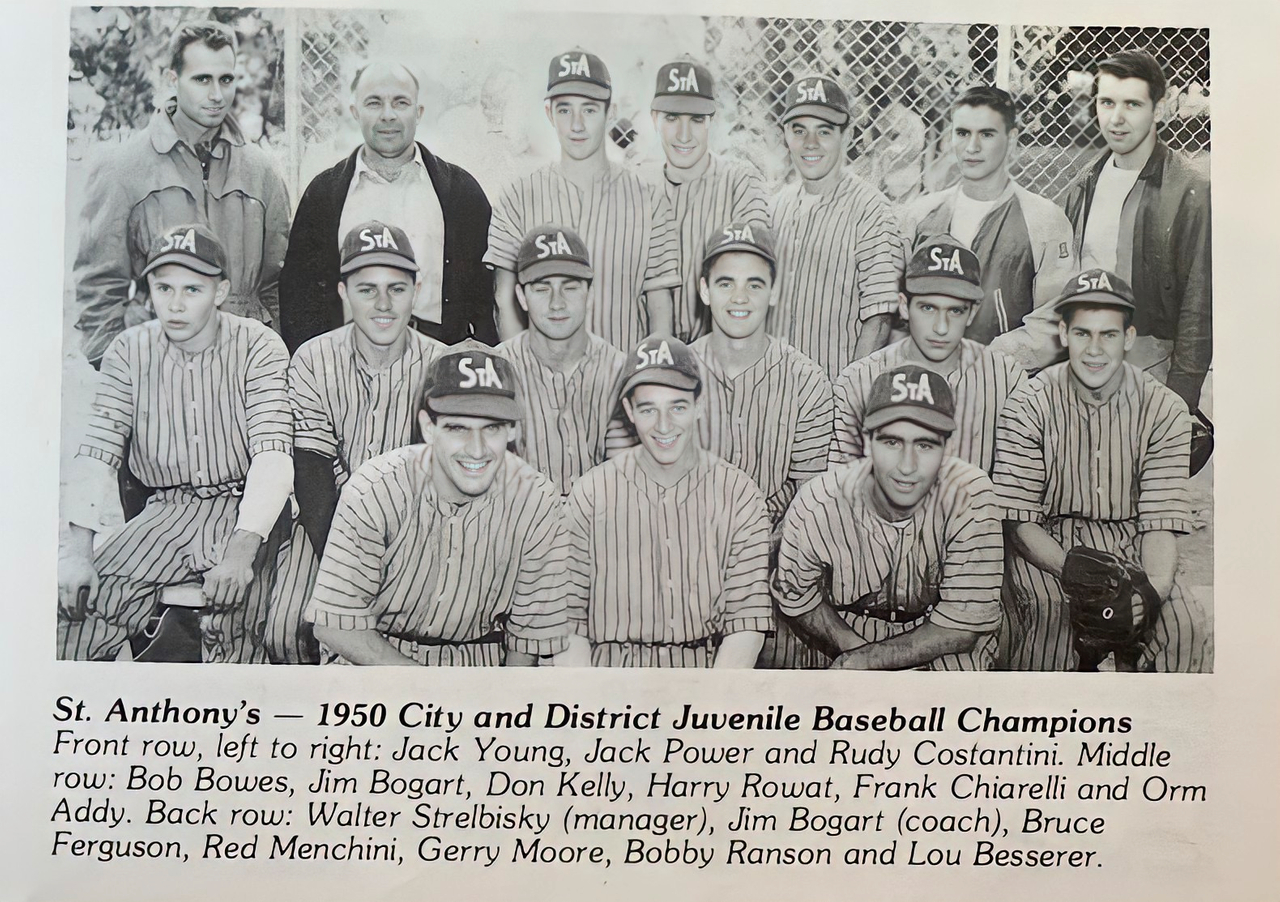 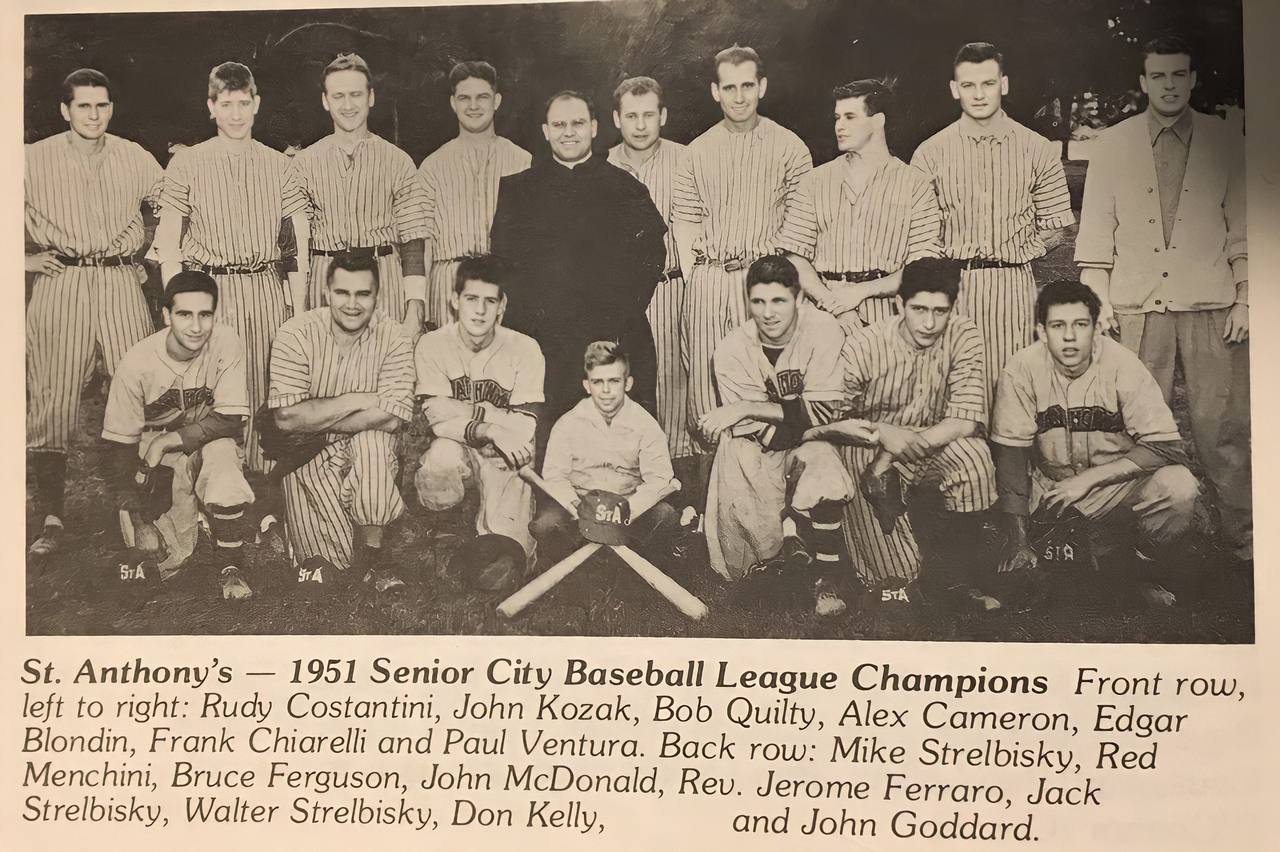 After a long hiatus, on 16 October 2018 Prof. George Rigakos signed an agreement with St Anthony Italia Soccer Club President Joe Ierullo to reintroduce baseball under St Anthony in the nation's capital.  Andre Robidoux was the first person hired by the "St Anthony Baseball Academy" to provide technical development for their players. 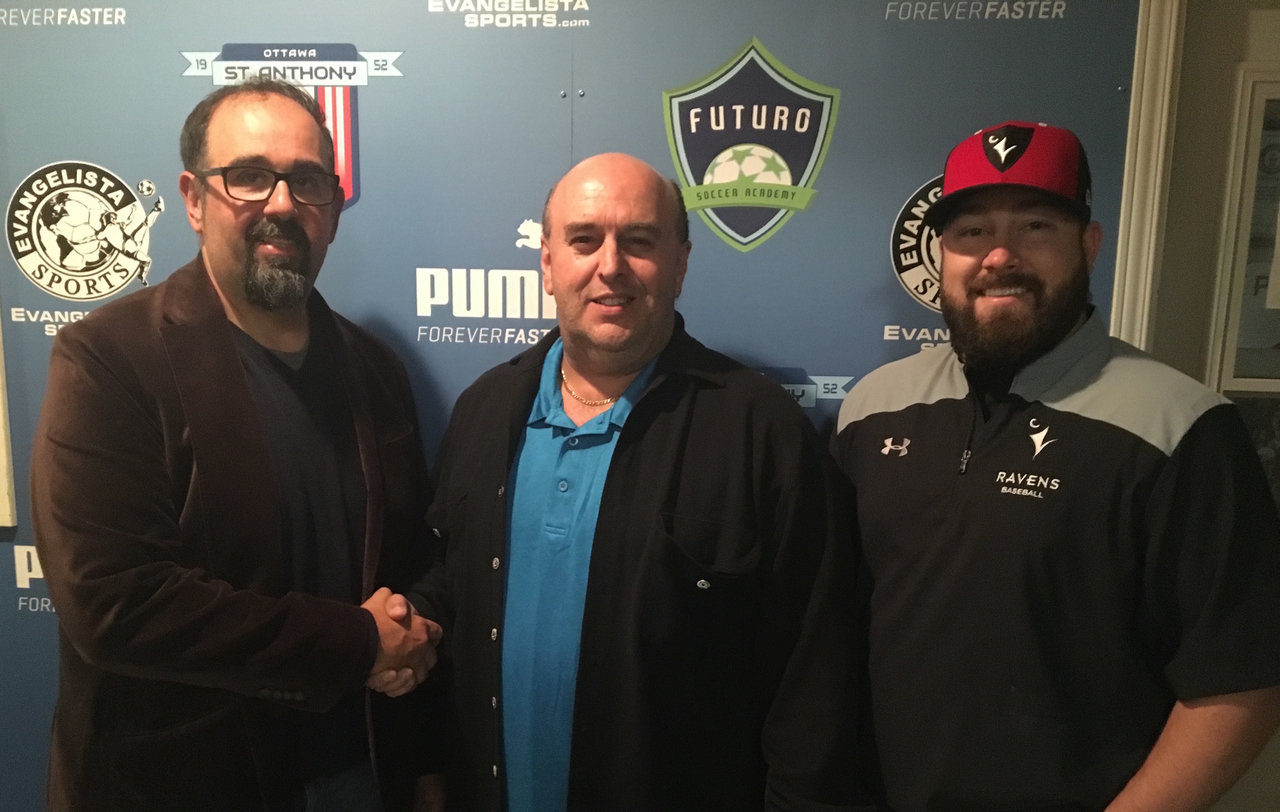 We focus on younger players (U13 and younger) because we believe this is when baseball fundamentals are best taught and ingrained.  We provide competitive opportunities to players who are committed both to the game and to the lessons the game can offer.  At the heart of the St Anthony's model is the cultivation of dedication and a desire to excel in a supportive and positive environment.